The Preschool will be closed in observance of the following holidays:
Labor Day
Thanksgiving & Friday After
Christmas Eve
Christmas Day
New Year’s Eve
New Year’s Day
Good Friday
Easter Monday
Memorial Day
Independence Day & day before or after the 4th of July (when falls during a weekday) 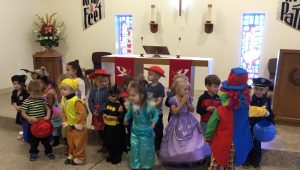 Activities are an integrated part of our classrooms and often involve small-group activities. A small sampling of what your child will learn about during the school year are the alphabet, numbers, five senses, arts & crafts, textures, patterns, inside and outside learning, read, do age-appropriate math or science activities, and writing. Again, this isn’t an all-inclusive list but does represent a good overview. 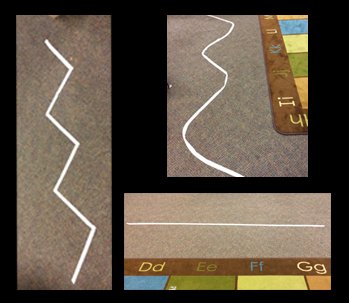 I like to make use of the floorspace with masking tape to reinforce concepts. This week we were discussing straight, curvy, and zigzag lines. The children walked the lines like they were a tight rope. Then I had the children find and stand on a letter on our carpet that had only curvy lines in it. I did the same for straight lines. We then tried to find the letters that have both curvy and straight lines in them. 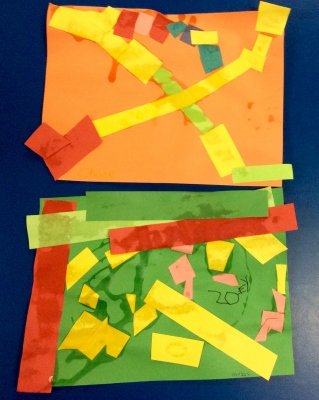 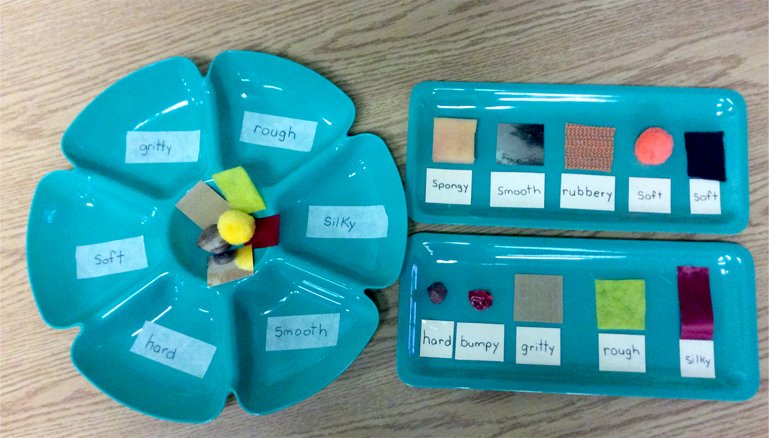 We have been talking about our five senses in preschool the last couple of weeks. I saw on pinterest someone had made a texture board using a cutting board so I headed to the dollar store this afternoon to see what I could find. I found some matching trays that I thought would work nicely. I loved the matching sorting tray (others may refer to it as a veggie tray). I glued on materials with different textures and labeled them. What a great way to combine science, literacy and oral language as we explore different ways to describe textures!

The children will make their own texture board by choosing at least 4 different textures. They will then label their textures by using inventive spellings, asking a teacher how to spell their descriptions, or by dictating them to a teacher. 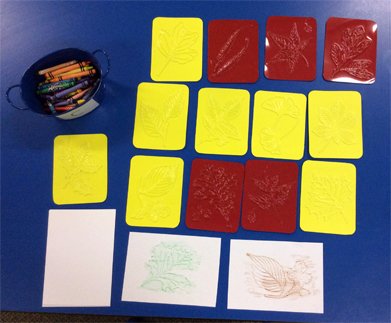 A good time to bring back our textured leaves since we will be taking paper outside during our outdoor time to search for textures on our playground. 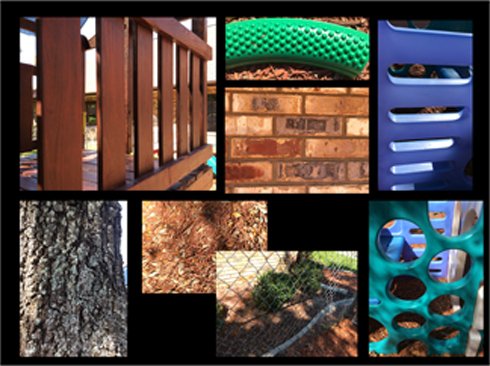 We took paper outdoors to search for patterns on our playground.

It didn’t take the children long to discover 16 patterns! 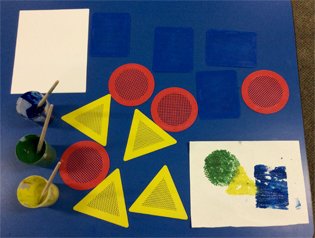 Brought out our shape stencils since they make an interesting texture also. 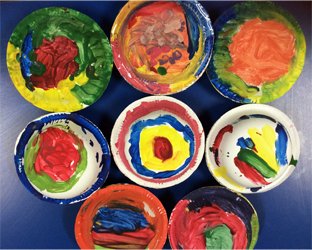 The children did a great job making colorful shakers last week. We take them outside and let the children take turns leading the other children in beat patterns. 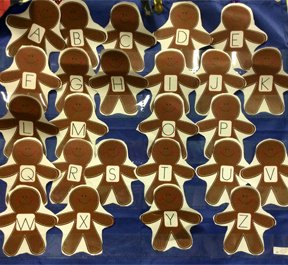 After reading the story the children noticed something wasn’t quite right with our gingerbread alphabet board. 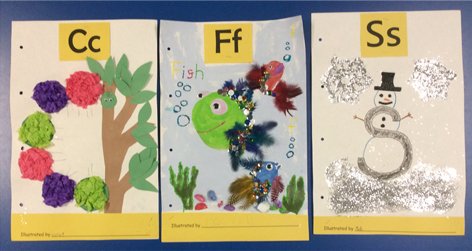 Our families did a super job on our alphabet book.

This is our most creative alphabet book ever! 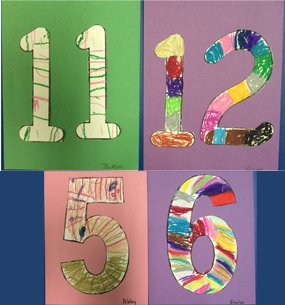 The children are also illustrating a class number book. 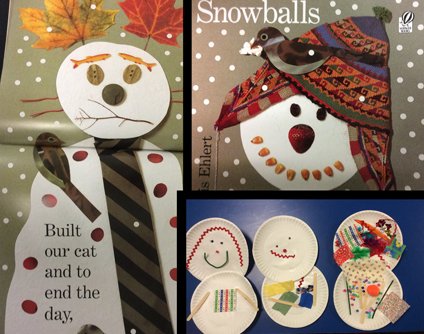 We read the story Snowballs.

Snowballs is a fun book about making unusual snowmen with found objects. The children had fun using their fine motor and creativity skills to design their own interesting snowmen using found items in the classroom. Some of the children made faces for their snowmen, others turned into a collage. 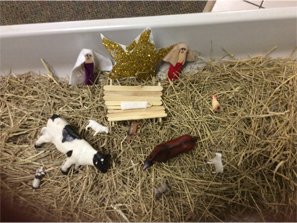 The children were greeted in the morning to a stable in their sensory table as we spent this week discussing the meaning of Christmas.

Sharing our process on journal writing. Based on lesson plans called “write the room”, children go around the classroom and write the words they see on signs and labels. As an ongoing monthly activity, not just a one shot deal, labels are taped at the end of our pews in the sanctuary. The labels generally are associated with things we are talking about that month but not always. 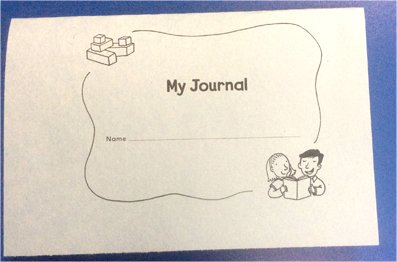 Journals: What this activity is not. It is not sight words for the children to memorize. (In fact, some of the words are quite long.) The children are not expected to write the words perfectly. In the beginning of the year some of the children will just put a few scribbles in their books. They are not required to write a certain number of words. They are free to move around as they pick which words they would like to “collect”. The activity is started by explaining what a journal is, and that we are going to use our journals to “collect words”. Then we’ll say, “I’m wondering how many words everyone will collect today.”

Some of the children, especially at the beginning of the year will attempt to write one word and announce that they are “done”. They are told that’s fine but that their friends are still collecting words and we are going to give them a few more minutes. We do not force them to try to write more. The main goal of this activity is to give them a love for writing. Children have a natural desire to learn to read and write. Giving just as much encouragement to the child who can barely form a letter as to those who are forming letters perfectly. It’s always fun to see the expressions of excitement on the children’s faces when they realize they have written a word for the first time. And many of the children who at the beginning of the year would barely attempt to write one word are often the same children towards the end of the year who are saying, when its time to end the activity, “Wait. I didn’t collect that word over there.”

The first year it was started, the thought was it was going to be a good writing exercise. Over the years we have realized it is teaching so much more. Depending on the level of the child, it is teaching them letter identification and formation, the concept of left to right, that letters together form words, that they are capable or writing words, beginning sounds, vocabulary development,  and for some of the more advanced children, word recognition.